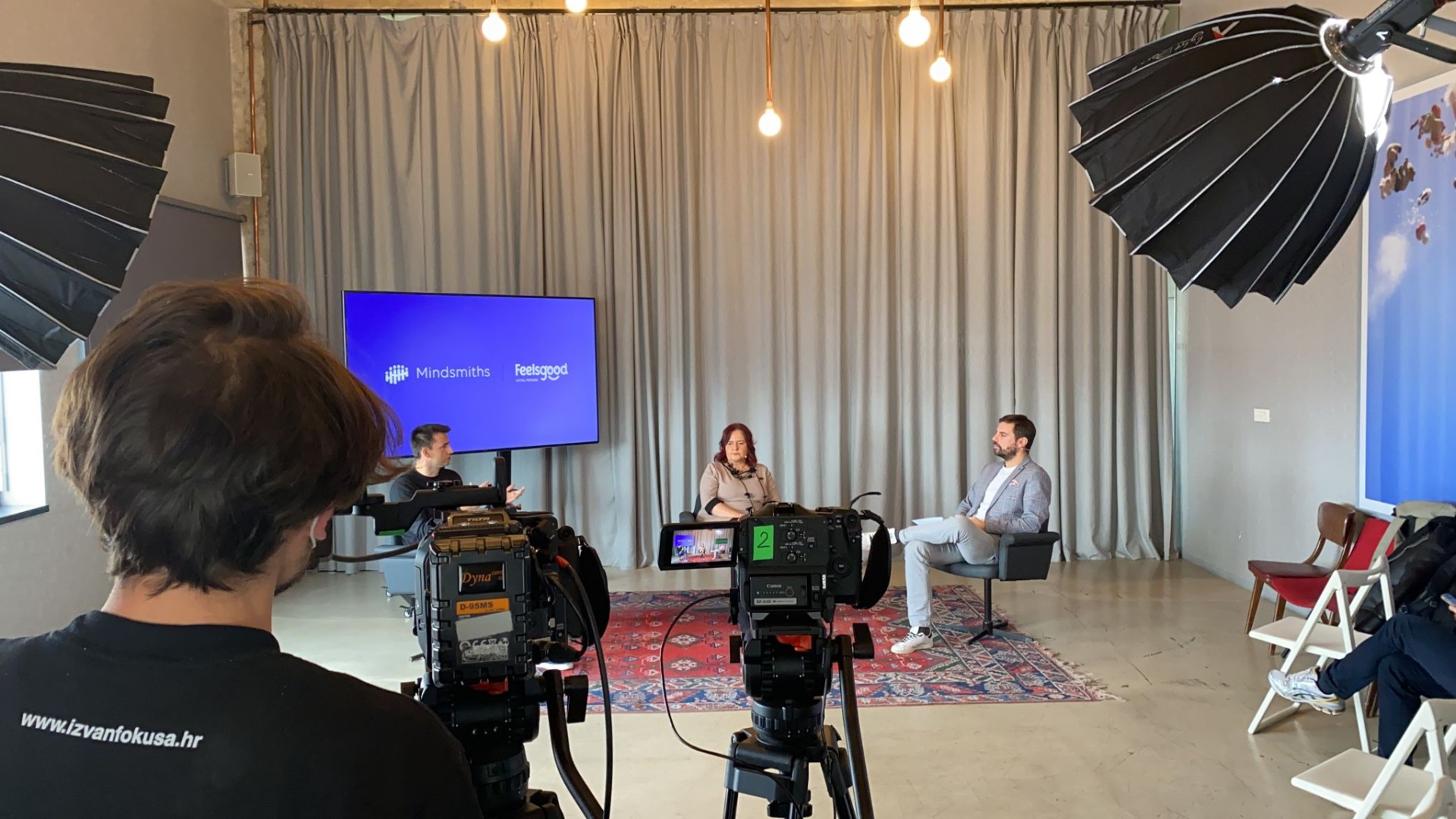 For Mindsmiths, Out of Focus produced live streaming press conferences. GALLERY Previous Next

Website Srednja.hr celebrated its tenth birthday by organizing the first hybrid educational conference in Zagreb’s Kaptol Butique Cinema. Out Focus was in charge of the complete production of the live stream that was broadcast on Entrio channels. The conference brought together leading people in education and science as well as students and pupils. client Srednja.hr […]

As part of the internal program of the Zagreb Brewery “Diversity and Inclusion”, an open session was organized for which live streaming was produced. The discussion was attended by Robert Prosinečki and Ida Prester, and the topic was the player’s rich football career and the importance of inclusion for a successful team. GALLERY Previous Next

LIVE STREAMING HAProxy Out of focus provides a live streaming service on an international level, thus realizing the stream for the company HAproxy. HAProxy is a free open source software that provides a highly available load balancing tool and proxy server for TCP and HTTP applications that spread requests across multiple servers.

LIVE STREAMING MEDICAL STUDENTS SYMPOSIUM For the medical students symposium on the topic of euthanasia, live streaming was realized, which was broadcast on the Entrio platform. GALLERY Previous Next

LIVE STREAMING A1 Croatia presents a live broadcast of the new A1 Alpha 21 and Samsung Galaxy A12 mobile phones from its virtual shop. In addition to the devices, the host Dario Maradin and the coordinator of virtual outlets, Marin Vešligaj also presented a prize competition through which users could win these mobile phones. live […]

LIVE STREAMING FRANCK For the presentation of Franck’s new product – “Franck Beestro”, complete video production and live streaming was provided, which was broadcast on the official Franck Facebook page. In addition to the moderator Iva Šulentić, the speakers were Draga Žulj, Senior brand manager in Franck, Željko Vrbos, president of the Croatian Beekeepers’ Association […]