EVENT ORGANIZING ŠTIVO UŽIVO “Štivo uživo” is a project by Out of Focus that is of social benefit and importance, and aims to acquaint the audience more closely with Croatian contemporary literary works. The project was created on the occasion of the year of reading, and was supported by Atlantic grupa d.d., HDP and is […]

5 years of the freshwater aquarium Aquatika 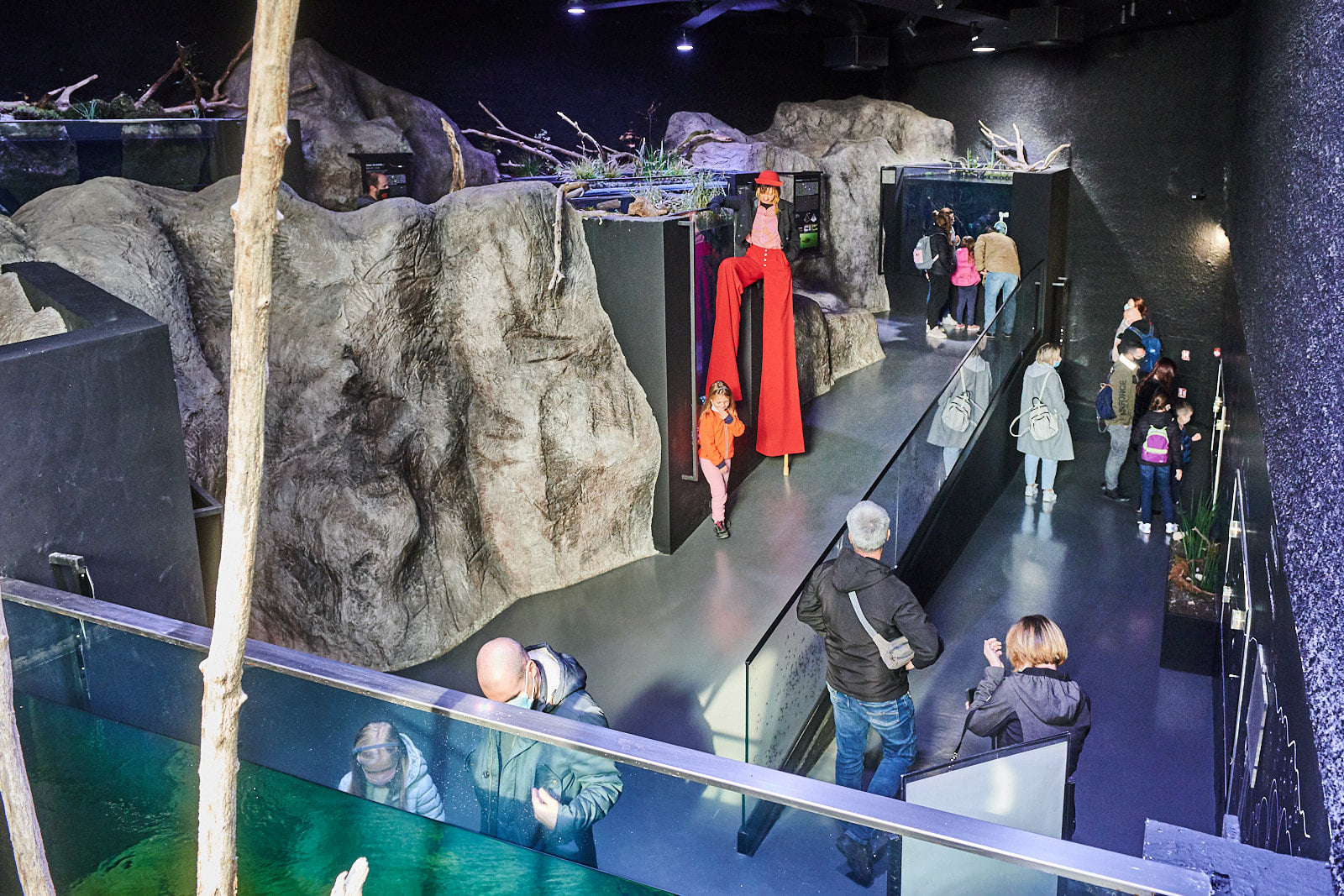 EVENT ORGANIZING / PR/MARKETING 5 YEARS OF THE FRESHWATER AQUARIUM AQUATIKA For the purpose of celebrating the fifth anniversary of the Aquatika freshwater aquarium, the Out of Focus team provided support in organizing events at various locations throughout the city of Karlovac. The central events took place in the aquarium square and the promenade along […]

EVENT ORGANIZING Living room on the river The living room is considered the main room in the household: it is a place of fun, laughter, warm family and friendly moments. During the COVID-19 pandemic, this area was the central place for every family to socialize. The idea of ​​the event is to move the spirit […]

PHOTO/VIDEO PRODUCTION / EVENT ORGANIZING RESTAURANT DP – MREŽNIČKA KUĆA Out of Focus in cooperation with the DP Restaurant, set up the popular “Living Room” at the Mrežnička kuća. Restaurant DP created a special ambience and menu for the living room, while Out of Focus worked on marketing and public relations and produced promotional videos […]

EVENT ORGANIZING / PR/MARKETING / PHOTO/VIDEO PRODUCTION KARLOVAČKI CENER Out of Focus led the entire marketing, public relations and photo and video production for the 8th Heineken 0.0 Karlovac 10k. About 600 photos were delivered, dozens of video statements of runners and a final video. Around 80 media announcements were published as well. Karlovac 10k […]

EVENT ORGANIZING REGULAR FILM SCREENINGS IN KARLOVAC In a city with no formal cinema, RADAR and Out of Focus prepared film screenings of popular movies for all age groups. The program presents two films per month, but the specialty of the program is that the films would be exclusive to the audience and some films […]

EVENT ORGANIZING FILM FOR TAKE-OUT In the special environment of the Old Town of Dubovac fortress in Karlovac, Out of Focus and the company RADAR organized a film program called Film for Take-Out. The program brings the most popular films of European cinema to Karlovac. The aim of the project is to enable the local […]

EVENT ORGANIZING PICKUP MUSIC FESTIVAL Out of Focus independently produced and programed the Pick Up Music Festival, four times in a row now in Karlovac. The Festival begun by wanting to show case upcoming musicians, demo bands and turned into the biggest music festival in Karlovac, with new locations. The Festival’s peak came with the […]

EVENT ORGANIZING YOUTH PHOTO WEEK Youth Photo Week is the oldest festival that Out of Focus has independently organized throughout all of its programs and productions. It was held in Kutina, Zadar Veli Lošinj, Pula and Karlovac, and from the year 2017 the festival holds exhibitions abroad, all the way from Europe and South America, […]